Here it comes again, but we are prepard:)

As offered in the previous post, as part of my service to community and thanks to God, I offer FREE counseling sessions on the telephone, today, tomorrow and Friday, for anyone who feels they need to talk and need to speak about their feelings.

If you would like to chat with me please call (ONLY  CELL USA CALLS ONLY, please)

The average time of each  free chat will be 15 to 20 minutes.

I look forward to your call.

Why Holidays Are So Hard for Some of Us (in preparation of next week scheduled telephone chats).

I will not even attempt to guess why the Holidays are hard for you… All I could say is, I hope our time together will make you feel better.

It could be unpaid bills, not enough money to buy your kids the desired toys, or the expectation that once again the “family” will sit together and all will start just fine, until Uncle Frank gets too drunk and remembers bad things of long ago…It could be the regret that once you had a family and festive meals, but now you are alone and depressed…

All I could write about is why the holidays are hard for my family and me in particular.

In 2005, in November, as I was driving home from an Al Anon meeting (meetings to support the families of alcoholics), my phone rang. It was 10:00 PM and reluctantly I pulled the car to the side of the road.

I picked up and answered: “Hello?”

He was letting me know my ex-husband completed suicide and told me I must tell our teen daughters immediately. After all he was there father! I hesitated, but for once didn’t listen my gut.

I drove home quickly, woke up my youngest, and as gently as I could whispered:

” Honey, I am so sorry…Your father is dead!”

She was 15 at the time. My  older was out with her boyfriend. I called them and asked to come home, there was an emergency.

I went to my youngest’ s bed again. She  was motionless, as if in a trance. I shook her  shook.  I held her tighter…but I could not transfer her any courage or strength. I was empty!

” I know this is terrible,” I said and hugged her. She pushed me away.

Soon the elder daughter and her boyfriend arrived, and we all sat there, in the living room, crying and shivering and not coming to terms with the reality of the sudden chosen death of their father who was leaving behind so many unanswered questions for all of us…

How do you understand? Come to terms? Heal? Is it even possible.

The best explanation of life of people who survived the suicide of someone close is: as if you rebuilt a life around a hole, but life will never be the same.

Support groups, friends, family, church and community… what helps most?

We will discuss it next week, if you call.

Questions You Might Ask Yourself about this Time of The Year. Guaranteed to Confused You More!.

I sincerely hope not! I am writing this short post in preparation of next week’s three day Thanksgiving FREE Counseling/Chat Sessions (see schedule and free USA phone number in the previous post.717 706 9503 USA ONLY

1. What was your last thought that you remember before you picked up the phone and called me?

2. Do you expect something specific from our session, or just a friendly chat?

3. If you expect something specific, what is it?

4. Did you experience trauma (death in family, violence, illness) in the past at this time of the year.

5. Is there ONE particular Holiday which triggers your sadness at this time of the year. Why?

These ARE NOT question I will ask you to answer but they  hopefully focus you, will guide  and help YOU make the best of your time together. 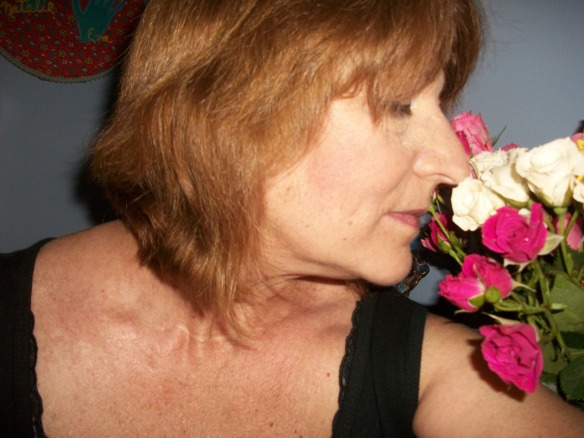 Take the Word NEVER out of Your Head, and Replce it with, "WHEN THERE IS A WILL, THERE IS A WAY!".

In 1989 when the tyrant Ceausescu, President of Romania, was executed on Christmas Day, I promised myself to eradicate from my vocabulary, but most importantly, from my subconscious mind, the word “NEVER.”

Why might you wonder? I was sitting  in Philadelphia, watching his execution from my living room in the USA.

That was the problem, years before the falling of Communism I defected from Romania, convinced it will never, NEVER change, and I wanted to be free! And now the NEVER was happening under my eyes on CNN!!!!! This was the lesson learned: NEVER SAY NEVER!!!

I receive a lot of inquiries on my blog about who are you “guys” and I have to disappoint, but the “guys,” is ONE woman. That brings me to the

“When there is a WILL there is a WAY.” I am a published author, blogger and online Counselor for Proven Therapy (https://www.proventherapy.com/Rodica)

I hold a B.A. in English and Romania and MS in Counseling and Clinical Psychology, but the reason I disclose this information, is because I have a short story (promise) to illustrate:” where is a will, there is a WAY!!!”

After high school in Romania, the competition to enter into college was ferocious. My mom, got me a tutor in English. She was expensive and known to be very competent.

On a first tutoring lesson, she corrected every single word I was attempting to say in English. At the end, she looked at me, her face red as a lobster, and said: “You are hopeless! I never seen anyone as untalented at languages. Give up. You will never be able to speak a sentence in English.”

I went home crying, because I really didn’t think I was that bad, but when an “expert” tells you, you, you are, than the tendency is to believe the expert. DON’T!!!!!!!

Only YOU know your own potential. Believe in YOU!!!

We didn’t give up and my mom took me to a different tutor.

Unlike the first, she was smiling and praising every single word I said in English. Little by little, the fear that I was incapable to utter two words in English disappeared and was replaced by the confidence that my new tutor was giving me! The power of PRAISE!!!

The end of the story is that not only did I enter the Department of English of the University of Bucharest, but earned my BA in English and Romanian and I defended my Thesis.

Later, I became a translator for the U.S. Embassy in Bucharest, and finally after years of struggle made a home in the US beginning in 1981.

When my first article was published in The Christian Science Monitor, I thought to mail the first tutor a copy; Later, when my first book was publish in English, written by ME, I thought of sending her a copy. I didn’t.

When I graduated with a Master of  Science in Counseling and Clinical Psychology, I thought of her again.

I tried to find her address, but… found out she was DEAD!